Reid Hoffman, LinkedIn co-founder, believes his first failed social networking venture with “SocialNet” led to his eventual LinkedIn success. It was by clearly defining a main purpose for LinkedIn—connecting professionals—that Reid Hoffman got it right in the end.

Before we had LinkedIn, the world’s largest professional social network with 260 million users to date, there was something called SocialNet. Like many of the social media giants early creations, SocialNet didn’t appear like the most promising platform. Launched in 1997, SocialNet was an online dating turned social networking site. It was created with the intention of providing users with opportunities for dating, roommate matching, and professional networking. 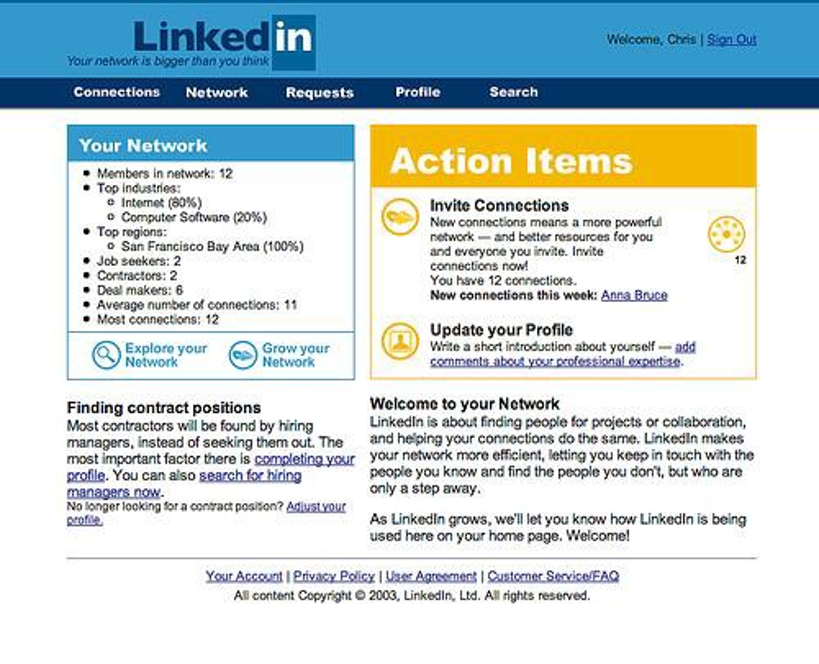 In other words, nobody really knew what it was. You could say the platform failed because the public wasn’t ready for it. But Hoffman knew it was more because the idea was scattered and the platform lacked a clear and definitive purpose.

Hoffman’s Journey from Failure to Success

Rather than being a total loss, Hoffman credits the failure of SocialNet as being a learning experience. The one that ultimately led to the monumental success of LinkedIn.

Hoffman’s story is not an uncommon one in the entrepreneurial community. There is a growing movement toward releasing new products and features before they’re ready and learning and iterating while they’re live. As opposed to trying to perfect them before they launch.

"If you're not embarrassed by your version one release, you released it too late.”

It was through releasing his creation out into the wild that Reid discovered where the demand was and what users wanted. More than that, he discovered that to be successful, you need to hone down the focus of your product to one area:

“One of the things I learned from that whole experience, was that you should focus on one domain that really matters to people and just do that really well.”

Instead of trying to do everything well, all the biggest tech startups of the decade—Facebook, Twitter, AirBnB—aimed to serve their customers in a clearly defined way. Hoffman persisted through failure and clearly defined his value proposition with LinkedIn. Until he was able to eventually build not only one of the world’s largest social networks, but one of the world’s most successful companies.