< Back to Web Development 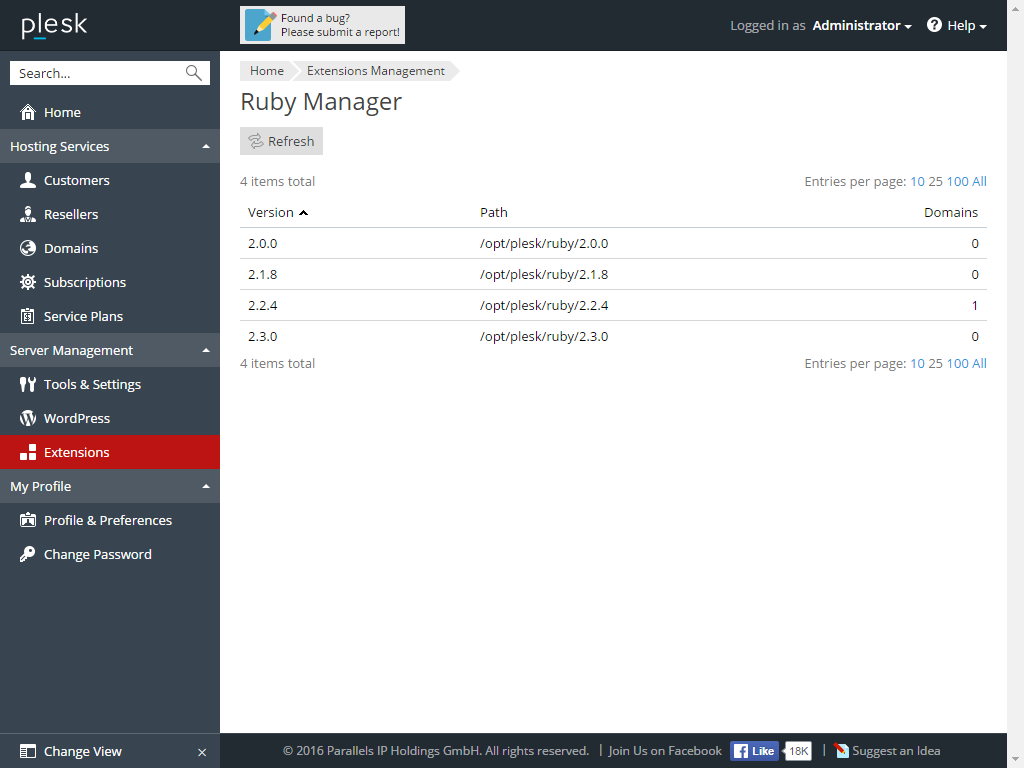 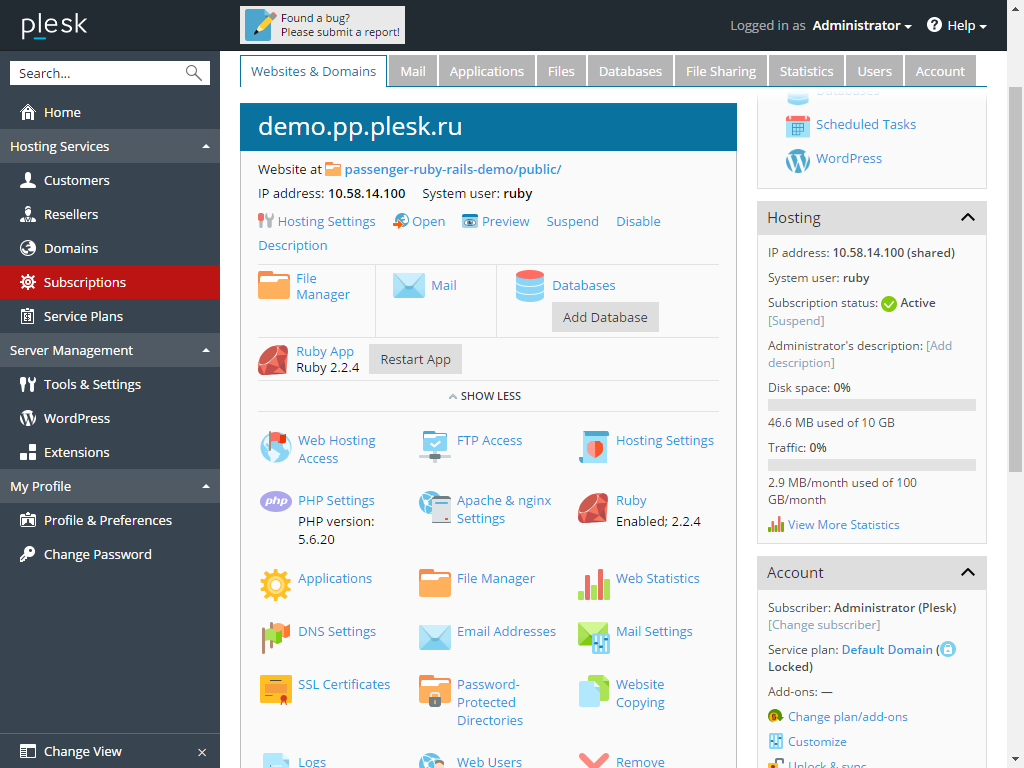 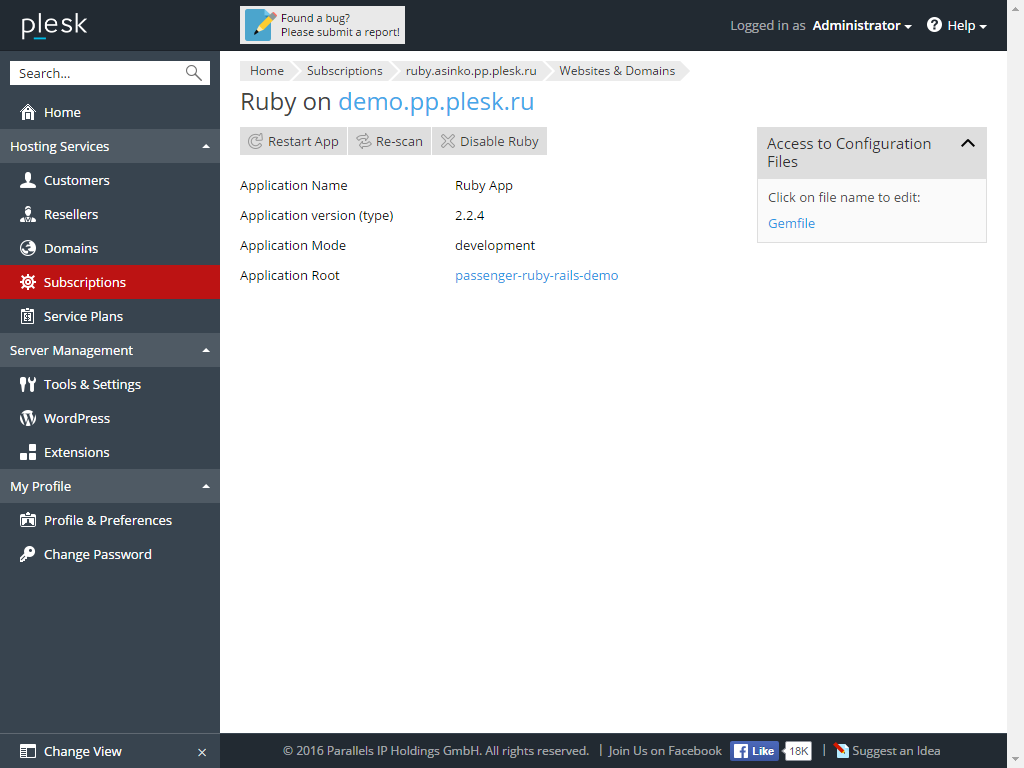 The Ruby extension available in Plesk Onyx allows users to quickly and easily deploy Ruby apps on their domains. Both Ruby on Rails and Sinatra frameworks are supported. With this extension you can:

It is strongly suggested to install the tools required for building Ruby gems component in order to facilitate quick and painless Ruby gem installation. With this component you can sit back, forget about gem dependency hell and enjoy painless gem file installation since most dependencies will be resolved for you automatically by our tools.